Google Inc (NASDAQ:GOOG) proving its speed next in Provo-Utah gig
Tweet
Pin It
0
Posted March 14, 2013 by Karen Kinsey in Technology 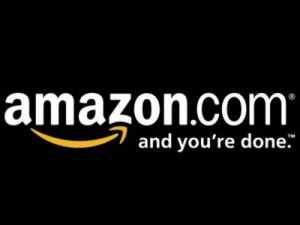 The Company said it would cut the price of the 8.9 inch Kindle Fire HD (Wi-Fi) tablet. The device would now be available at $269, down from $299 for the Wi-Fi only version.

In addition, the 4G wireless version of the tablet will now cost $399, compared with $499 before.

The Kindle Fire HD has now been launched in the UK, Germany, France, Italy, Spain and Japan.

To cater to the demands in these newly-announced markets, Amazon said it has ramped up production of Kindle tablets. “We have been able to increase our production volumes and decrease our costs,” said Amazon Kindle Vice President Dave Limp.

The price cuts can also be seen as a result of tough competition in the tablet market. Amazon is trying hard to fight with rivals like Apple Inc. (NASDAQ:AAPL) iPad and slew of Android tablets from Samsung Electronics Co., Ltd. (KRX:005930).

As per Amazon’s strategy, it doesn’t reveal sales figures of its devices. But, if a research report is to be believed then last month demand for the larger Kindle Fire tablets was week.

Kindle Fire tablets are expected to go through further price cuts, before Amazon plans to come up with new version of the tablet.