Google Inc (NASDAQ:GOOG) proving its speed next in Provo-Utah gig
Tweet
Pin It
0
Posted April 19, 2013 by Eric Shirey in Technology 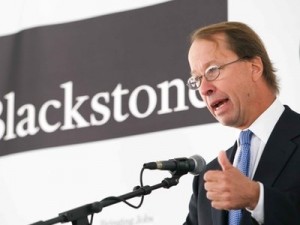 Northern, WI 04/19/2013 (avauncer) - Blackstone Group L.P (NYSE:BX), one of the largest buyout firms, today pulled out from its bid on Dell Inc (NASDAQ:DELL), which further reflects on the dwindling PC sales the world over. This also fueled speculations regarding the financial situation of this well-known computer maker. According to the statement made on behalf of the company, Blackstone opted out in view of falling global enthusiasm regarding PC.

Their non-bidding offer on Dell last month rivaled the joint bid from the Silver Lake Management LLC and founder of Dell Inc. Michael Dell, which was in the scale of $24.4 billion. Industry pundits considered this as the biggest buyout proposed ever since the last financial crisis. Alas, this was not to be. Blackstone notified the special Dell committee regarding their decision.

Waning of enthusiasm regarding Dell acquirement seems natural in view of the dismal position of PC sales worldwide as one can garner from the first quarter data. The last straw however seems to be Dell’s financial situation, which acted as the real deterrent as a source point out on condition of anonymity. Since the process is still going on, there is a complete hush regarding the subject at least to the media. Blackstone assembled buyout engineers, bankers along with co-investors and consultants for having an in-depth discussion with Dell executives concerning divisions and prospect models, in Austin, Texas.

Narrowing of the Dell operating margin to approximately 5% in fourth quarter of the current fiscal year from around six percent in the year-earlier period reflects clearly the woes this company is facing presently. Similarly, operations cash flow came down to $1.4 billion from previous years approximately $2.0 billion, which is surely a damaging figure by any standards. The overall drop in sales is a substantial eleven percent according to the latest data.

No wonder Blackstone considers this a risky project. Until now, this buyout firm does not have a technology based investment record and in view of dismal Dell finances, this is not even going to happen any time soon. Silver Lake, the other bidding company is not going to be this lucky however since it is under the terms of contract with Dell that prevents its backing off. This significant Silicon Valley Firm seems to be in a better position to handle the rigors to come in view of its experience in the field.

Whatever be the outcome of this takeover project, there are surely some interesting times ahead, this much is for sure!