Google Inc (NASDAQ:GOOG) proving its speed next in Provo-Utah gig
Tweet
Pin It
0
Posted April 18, 2013 by Sophia.Mark in Health 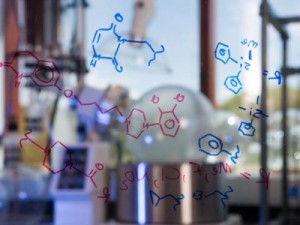 Northern, WI 04/18/2013 (avauncer) - The nutritional products and medical device manufacturer, Abbott Laboratories (NYSE:ABT) (Current: $36.77, Down by 1.37%) announced that profits in the first quarter rose by 55 percent on lower taxes and a rise in its baby formula sales. It was just on Jan1 that the comoany broke-off its drug unit. In a statement, the Abbott Park, Illinois-based Abbott laboratories said that its profits from continuing operations had climbed to 34 cents per share and rose from $351 million to touch $544 million. A prominent analyst has averred that the vascular technology and drug-eluting stent markets which are the core ones for Abbott are still in the process of being built.

Tax benefit helped
It was only the nutritional product sales that exceeded expectations. The company also benefited to a great deal from a favorable tax adjustment of $103 million and was an extension that the company had received of its 2012 R&D tax credit. In addition to this the company also fared better with cost-control. The extension of the research and development will benefit almost all medical device companies. This credit came in the current year and covers all of 2012. Medical device markets across the world have been on the downtrend and Abbott may have lost a certain market share for stents that are used in opening up closed heart arteries.

In January, the company had received approval for its unique drug-coated stent, “Xience Xpedition” which has hopefully opened up its path for future growth. Over the quarter, the company has launched 19 new nutritional products. This has helped in increasing sales in that business segment by 9 percent. The company sales had touched $5.38 billion after rising 1.8 percent.

U.S. Advisory Panel Restricts Use Of Hydrocarbon Based Pain Killers- ZGNX, ABT