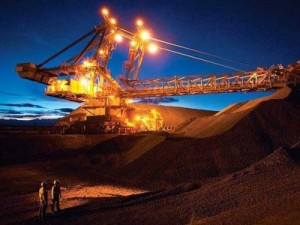 Northern, WI 1/24/2013 (avauncer) –The world’s largest mining company, BHP Billiton Limited (ADR) (NYSE:BHP), complains that its alumina and nickel undertakings are being damaged by a high Australian dollar and low prices. It fears a grave threat of asset value reductions or sales.

Due to dropping margins, the company pared down the worth of its nickel locations by $450 million. BHP Billiton Limited (ADR) (NYSE:BHP) is in cost-cutting mode and has stopped infusing new funds to its aluminum and nickel units.Despite these developments, BHP stock went up by 1.3% to A$ 37.06 at close today.

An analyst with Macquarie Group said there was a lot of speculation whether BHP Billiton Limited (ADR) (NYSE:BHP) will reduce its asset values of its aluminum ventures. But, no spokespersons from BHP were willing to comment on this issue.

Deutsche Bank AG (USA) (NYSE:DB) has pegged the worth of Nickel West to $2.2 billion after BHP Billiton Limited (ADR) (NYSE:BHP) reported their nickel write-down. The bank also confirmed that BHP may even mull disposing of its aluminum and nickel assets. BHP might declare this reduction in its semi-annual report on earnings in the coming month.

But the prices of the raw material, Alumina, will remain unchanged for the year. According to Australia’s Bureau of Resources and Energy Economics, the Australian dollar has been valued above its US counterpart for more than 6 months which is a record in itself.

Rio Tinto has started a review of its Gove bauxite and alumina ventures situated in the Northern Territories since they are feeling the pinch of high costs and dipping alumina rates. BHP’s Australian resources include Worsley bauxite mine and alumina refinery and Nickel West holds mines, a smelter and a refinery.

A mine and refinery expansion of1.1 million MT was completed last year by BHP, taking its total output capacity of alumina to 4.6 million MT. BHP is the majority stakeholder in Worsley with a share of 86% and the balance is owned jointly by Japan Alumina Associates and Sojitz Alumina.