Avoiding tax was the reason for removing rig says Shell 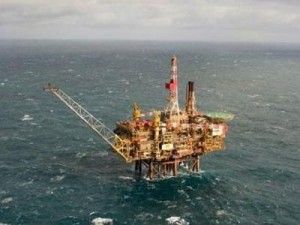 Northern, WI 1/13/2013 (avauncer) –A drilling rig was moved by Royal Dutch Shell Plc (LON:RDSA) from the Alaska waters due to the prime reason of avoiding a state tax. However, the company claims that the grounding was done due to the worsening of the weather conditions. It was a big blow to the company and also an embarrassment as it had spent about $4.5 billion and duration of seven years to drill oil in the Article Circle in the seas of Beaufort and Chukchi. This took place on the 31st of December and the January 1 state tax assessment was around the same time.

The spokesperson from the company claims that the decision to move the Kulluk was not among their drivers. The movement is from the Dutch Harbor in Alaska to the Seattle shipyard. However, according to the Representative Edward Markey of Massachusetts, the reason for the movement is Royal Dutch Shell Plc (LON:RDSA)  facing a state tax liability especially for the Kulluk drill rig if it continued to be there after January 1st. this tax liability could have been over $6 million.

If it remains in Kulluk, then the state many decide on a 2 percent tax on oil and gas exploration along with amount on transportation and production equipment or the taxes to be paid by the company for the grounding of the drilling rig as indicated by a tax assessor for the Department of Revenue of Alaska, James Greeley.

Moreover, the National Weather Service has also indicated that by December 25, there might be a gale on the east of Dutch Harbour and has issued a gale warning. This would include high speed surface winds or gusts of about 39 mph to 54 mph. This might affect Royal Dutch Shell Plc (LON:RDSA)  drastically and the questions arise on whether the company was smart enough the evaluate the severe weather conditions in this region. But it is clarified by the company that this weather condition is quite unexpected and it could be changing regularly and can be quite unpredictable. However, the tax advisor feels that it was not very clear whether Royal Dutch Shell Plc (LON:RDSA)  is was doing this to avoid more accidents or was evading the state tax.

US growth to be below estimates says Honeywell CFO