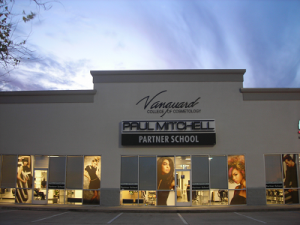 Northern, WI 03/25/2013 (avauncer) - Vanguard Health Systems, Inc (NYSE:VHS) (Current: $15.36, Down by 7.58%) operated health plans and hospitals that are controlled by the private equity group, Blackstone Group LLP. Vanguard has an existing contract with a health plan that is managed by Medicaid in Arizona. It has 186,200 members and the contract is due to expire on Sept 30 2013. The company has been unsuccessful in gaining a renewal for this contract as the Arizona Health Care Cost Containment System has rejected the application for extension. Vanguard was hoping for an extension which ideally would have started on Oct 1.

Big business
The contract was in the field of acute patient care and had a large base in Arizona. The company’s health plan segments generated a revenue of $369.7 million for Vanguard Health Systems, Inc (NYSE:VHS) and 80 percent of that amount came in from Phoenix Health. The consolidated revenue of the company in the same period of six months that ended on Dec 31 amounted to $2.9 million. According to the filing, 79 percent of the 236,000 members that Vanguard has in five health plans, come from the Phoenix Health Plan. The Vice chairman of Vanguard Health Systems, Inc (NYSE:VHS) Keith Pitts declined any comments.

The company
Vanguard Health Systems operates healthcare delivery networks and has a strong presence in both urban and suburban markets. The company has acute care and speciality hospitals as well as outpatient facilities. It has other related businesses as well which permits it to provide numerous inpatient and outpatient services. The specialty and acute care hospitals offer a range of surgical and medical services which include general surgery, emergency services, cardiology and internal medicine amongst others.