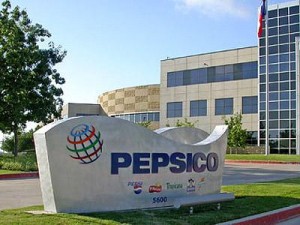 Northern, WI 02/14/2013 (avauncer) - Exactly one day after arch rival Coca-Cola Company (NYSE: KO)’s profit announcement , the the largest snack food maker in the world PepsiCo Inc. (NYSE:PEP) announced its results for the financial year till December 31, 2012 and the 4th quarter of the year then ended.

According to the preliminary press release the company’s profits rose 17% amid rising marketing costs for the fleet of its 12 large brands. The net profits of the company increased $1.66 billion as compared to $1.42 billion a year earlier. Reported per share profits, taking into account earnings from both core and non-core activities was $1.06 as against 89 cents for the last year. Core earnings per share $1.09; analysts had estimated an EPS of $1.05.

As per S&P guidelines, Core EPS only takes into account revenues from the core activities of any business excluding few one off charges like tax benefits, mark to market losses, impairment charges and unrealized hedging gains and losses.

Indra Nooyi , CEO PepsiCo Inc. (NYSE:PE) said the increase in marketing costs was reasonable as the company is focusing to bolster sales of popular brands including Mountain Dew , Lay’s, and Gatorade, to name a few. Another area of special interest for the company is the soft drinks’ market in US (which includes the flagship product Pepsi-Cola), Nooyi added. The company is second largest soft-drink maker of the world after the Coca-Cola Company (NYSE:KO) which reported a 13% growth in profits and a 3.8% increase in global revenues over the last year.

The rise in sales of non Carbonated health drinks of Coca-Cola Company (NYSE: KO) helped it maintain profitability amid a decline in demand from Europe, Asian and Pacific markets showed signs of expansion. Carbonated drinks were sold less in the US and Latin America, compared to last year.

PepsiCo Inc. (NYSE:PEP)’s focus for the year ahead will be to capture market share in the US Nooyi, said. Yesterday, the company’s shares had gone up by 0.9% to close at $71.50.The shares advanced 4.5%, over the one year period immediately preceding yesterday; while the Coca-Cola Company (NYSE:KO)’s shares gained only 2.6% in the same period.