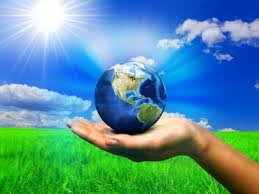 Northern, WI 03/21/2013 (avauncer) - In an updated report on its environmental policies, Apple Inc (NASDAQ:AAPL) (Current: $452.73, Up by 14%) has now moved onto solely using renewable energy sources for powering its data centers. The Apple data centers now use solar, wind and geothermal power in place of fossil fuels or coal. The centers have server computers that store and disburse applications, songs and other content for its services such as iMessage, iTunes, and Icloud. The company Chief Financial Officer Oppenheimer said that the efforts that the company is taking will eventually result in learnings and other communities and companies can benefit from them too.

He said that the power that is being used at its North Carolina center is zero percent coal and 100 percent renewable. He went on to say that a new 100-acre solar farm will boost the capacity of the existing 100-acre one at the Maiden data center, by the year end. Apart from this, the company’s Prineville, Oregon data center which is currently under construction will also operate on solar power. He said that Apple Inc (NASDAQ:AAPL) will continue investing on green technology and that they do not expect any investment returns from it.

A year ago Apple had become a Greenpeace International target. The environmental group had ranked Apple 12th out of 14 companies in a report on the energy sources it uses, called” How clean is your cloud?” and had held protests at the company office in Cupertino, California. Greenpeace said that the Apple Inc (NASDAQ:AAPL) announcement indicated real progress and wishes that the company disclose exactly what efforts it is making and how it is operating with state governments and utilities to reach its energy goals.