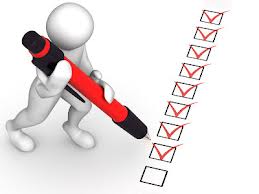 Northern, WI 03/22/2013 (avauncer) - Patents on AstraZeneca plc (NYSE:AZN) (Current: $47.95, Up by 3.83%)’ best-selling medicines are due to expire soon and the company will now be concentrating on returns to earnings growth. It has plans of cutting 2,300 administrative and sales jobs and will also be narrowing down its drug-research focus. They will now be focusing on inflammation, respiratory, autoimmune diseases, cancer and metabolic and cardiovascular diseases. Pascal Soriot presented his company strategy to investors. In addition to this AstraZeneca will also be doubling its experimental treatments used in late-stage development by 2016.

U.K’s second-largest drugmaker has been trying to recover from the setbacks it has suffered in the development of treatment of cancer, depression, arthritis and rheumatoid. The stock has risen the most since Nov 30 2011 and gained 3.1 percent. The company said that 1,600 research positions will be eliminated in addition to the job cuts that had been announced. This will lead to one-time charges of $2.3 billion out of which cash expenses will amount to $1.7 billion. By 2016, annual benefits of $800 million are expected.

Market watchers are speculating that Soriot will have to make a really big acquisition to boost growth at the company and feel that Pascal should have looked for a quick-fix. The CEO announced that smaller acquisitions and the company’s own research will be used to bring the company growth back on track but added that if any larger deals present themselves, will be considered as well. AstraZeneca plc (NYSE:AZN) has also signed a deal with Moderna Therapeutics Inc to develop metabolic, cardiovascular and cancer drugs using the latter’s messenger RNA technology at an upfront $240 million payment.

The company has also reached an agreement with Sweden’s Karolinska Instituet to study metabolic, cardiovascular and regenerative medicine in Stockholm. AstraZeneca will continue to be actively involved in vaccines, infection treatments and neurology drugs, though its investments will be largely opportunity-driven. Soriot said that the company will find its way through the patent expiries as well as nay other challenges that it may face and will return to growth.

1,600 job-cuts to pay for R&D overhaul as per AstraZeneca plc (NYSE:AZN)