Unilever N.V. (AMS:UNA) had been a leader in $13 billion weight-management sector with Slim-Fast. But today it stands nowhere in front of Kellogg Company (NYSE:K). However the other two brands of Unilever N.V. (AMS:UNA) Dove personal care and Magnum ice cream have been re-energized since Paul Polman has taken over as Chief Executive Officer since 2009.

Even with the growing trend of global meal-replacement category with 27 percent, the Slim-Fast’s sale in U.S over the last four years has reduced by 40% to $196 million.
Kellogg Company (NYSE:K) now the biggest U.S. cereal maker timed it well to launch new products when the Slim-fast was losing its hold in the market. This has increased the sales of Kellogg’s by about 22% over past five years.

Slim-Fast contributes to less than 1% of Unilever’s annual sales of about $67 billion and it has already been pulled out of France. With Slim-Fast as compared to 77 newly introduced items in 2005 has brought in only 7 items last year. This is mainly because of the consumers who are opting for a systematic lifestyle through managed diet plans is increased as compared to people opting for short termed crash-diets. Slim-Fast has been also been criticized of fake flavoring. Due to not being digital The product has also been ranked last in the do-it -yourself diet plans.

Slim-Fast was created by S. Daniel Abraham in 1977. In the year 1999 with sales of $611 million and a profit of about $125 million, Slim-Fast was bought by Unilever for $2.4 billion
A declining trend in the sales of Slim-Fast began in 2003 . A sales decline of about 21% was seen between 2003 and 2009 during that year Slim-Fast experienced a huge loss after recalling its ready-to-drink products suspected of bacterial contamination.

With the shrinking sales of Slim-Fast the company is planning to lay off orphan products which have been a superfluous burden to the company and not worth the amount they had been purchased for. It is expected that England’s Reckitt Benckiser Group PLC. (RB/) is one of the strong contender for purchase of Slim-Fast.

S. Daniel Abraham the creator contenders Fast the purchase with the Unilever management of Slim-Fast products and market reputation.

Will Lululemon slowdown in fourth quarter 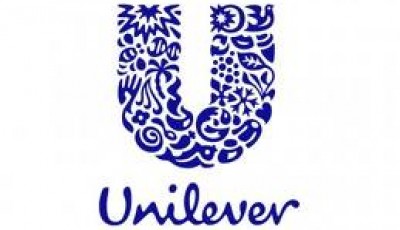 6 Million pounds reward for Paul Polman after an “Exception Year” for Unilever in 2012- UNA, PG