Denver, CO, 08/14/2013 (Avauncer.com) –  Freeport-McMoRan Copper & Gold Inc. (NYSE:FCX) has announced its earnings for the quarter ended June 30. The company reported EPS of $0.49 for the quarter on income of $4.29 billion. Before results got released, market experts were seeking earning of 39 cents per scrip for the said quarterly period. Consensus income estimations for the three month period stood at $4.39 billion. During the corresponding period of last year (2012), Freeport-McMoRan Copper & Gold Inc. registered an EPS of 80 cents on income totaling $4.5 billion.

The big trouble confronted by Freeport-McMoRan during the first half of this year was the instability in the yellow metal market. Thus far in 2013, the scrip of the firm lost over 14%, with the major losses reflecting those of the value of the costly metal during the month of April. This year approximations for the firm’s earnings have descended accordingly.

Shareholders are sure to be anxious regarding the outlook of Freeport-McMoRan as queries still thrive regarding the future of gold, one of the firm’s most significant markets. The firm is becoming an energy manufacturer at the moment, and shareholders are likely concerned about the firm’s capability to keep so many balls in the air in so many tricky zones. Freeport-McMoRan Copper & Gold Inc. had a difficult time. The commodities markets are not looking positive at the present time and the firm has suffered from modifications all around that region.

Freeport-McMoRan has gained as of late, but there could absolutely be problem on the prospect for this firm. That is because Freeport-McMoRan has entered in overbought arena with an RSI charge of 71.44. In addition, estimations for the company have been descending; forcing it to a Zacks Rank #4 (Sell). This hints that shareholders may better off exiting this scrip before it relapses to Earth. 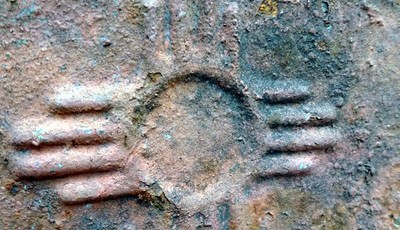