Vodafone Group Plc (ADR)(NASDAQ:VOD) - Getting rid of the Spain pain 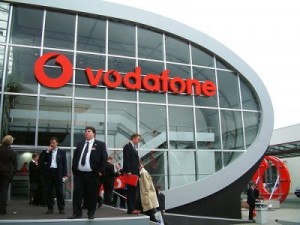 Northern, WI 1/15/2013 (avauncer) - The world has been hit by an economic crisis of alarming proportions. Spain has been hit by 25 percent unemployment in the recession afflicted national landscape. Vodafone Group Plc (ADR)(NASDAQ:VOD) is using several aggressive tactics to severe its Spanish ties. In an attempt to maintain its second position in the cut-throat communications market, the company is drastically downsizing its Spanish workforce. An unidentified Vodafone Madrid spokesperson said in a telephonic interview that company representatives will be presenting labor unions with the lay-off plan.

The measures that have been employed in Spain will not necessarily bring about a significant change in the Vodafone Group Plc (ADR)(NASDAQ:VOD) fortunes as the Spanish market in itself is not a very large one and it does not hold a position of import in terms of overall global profits for the company. The Vodafone Group Plc (ADR)(NASDAQ:VOD) stock saw a 6.4 percent decline over the last annum. Italy, Portugal and Spain were the three countries most affected by the service revenue slump with the Spanish unit recording a drop of 11 percent in the 6 months ending September. Europe fared no better as there was a 6.4 percent decline in stocks over the past one year.

Aida Ekberg is a writer specializing in arts and entertainment articles and informational web content. She is a Featured A&E Contributor for Yahoo and the recipient of the 2011 Y!CA Award for Entertainment. Her work has also been published in The American Thinker, Active Americans.
More articles by Aida Ekberg »