Corbat visions for an Efficient Citi That Retains Shareholder Wealth

Was leverage buy out a well planned strategy from Dell Inc. (NASDAQ:DELL)
Tweet
Pin It
0
Posted January 19, 2013 by Lisa Johnson in Technology 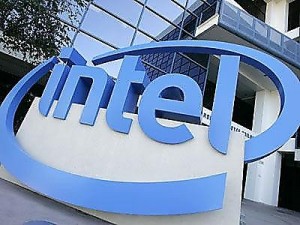 The deal could lead Intel Corporation (NASDAQ:INTL) ahead of Taiwan Semiconductor Mfg. Co. Ltd ADR (NYSE:TSM) which is the market leader in the $30.7 billion customized semiconductor market amid shrinking margins.

Intel Corp. (NASDAQ:INTC)is believed to have the best in class manufacturing  which Lazard Capital Market’s analyst Daniel Amir, thinks is  even “ahead of TSMC.”

The spokesman for Cisco System’s Inc. (NASDAQ:CSCO), Karen Tillman said the two companies have a “long-standing relationship” and Intel Corporation (NASDAQ:INTL) is one of the “ several strategic suppliers of silicon” for her company. She did not reveal any further specific details.

Lisa Johnson is an award-winning journalist, host, author and critic, who has appeared as an expert on the CBS Early Show, NBC s Today Show, Dr. Phil, CNN, CNBC, Fox News, CNBC, Bravo and many more. Her work has been featured in The Wall St. Journal, the New York Times, Forbes, Oprah.com, AOL and numerous other media outlets. She has authored three books from major publishers
More articles by Lisa Johnson »
Will Meg Whitman come to the rescue of Hewlett-Packard (NYSE:HPQ)- ORCL & CSCO