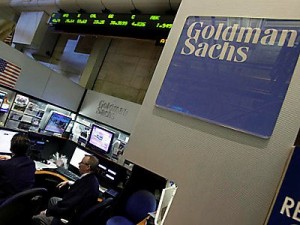 Northern, WI 1/23/2013 (avauncer) - Goldman Sachs Group Inc. (NYSE:GS) has recommended investors to place stakes on advances as gold is expected to become costlier. This is the outcome of slowing economy and efforts by US policy-makers to control the debt-ceiling.

According to a Jan. 18 report by analysts, it is a good time to enter the market at the present prices. The 3-month target set by Goldman Sachs Group Inc. (NYSE:GS) is $1,825 per ounce which is expected to go down in the latter half when the economy regains strength.

In the past 50 years, Congress has adjusted the debt limit 79 times, hence the figure of $1,825 per ounce seems plausible with the current demands on debt-ceiling control. During the last quarter, gold had declined 5.5%, the worst fall since 2008.

The adverse impact of increasing taxes and prediction for an anemic GDP growth are 2 factors which are bound to boost gold to the 3-month target.

Gold has seen constant rallies for 12 consecutive years and the current figure stands at $1,687.90 per ounce. Bloomberg states that investments in ETFs have touched a record high in the past month.

The US is set to cross its $16.4 trillion borrowing limit somewhere by the end of February and the beginning of March. Policy-makers have to sanction new spending or face the prospects of a government agency shut down by March end. Congress also faces a $100 billion automatic spending reduction that was postponed in Jan. 1.

But, top agencies like the Credit Suisse AG and Allan Hochreiter (Pty) Ltd., reiterate their statement that gold prices will weaken in the latter half of this year. This decline is imminent even with supports from the central bank and growth in ETF demands. They are of the opinion that the bull market for gold has come to an end with the shine wearing off now.